when i stop watching movies, the same thing always happens. i get sluggish. i don’t want to text people back. i chat too much on facebook discussion groups with people i don’t really know and probably don’t much like. i start drinking around 4-5 pm toward the end of the spell because i start feeling like enjoying things takes too much effort. i throw myself into the fantasy of my relationship whether the relationship is actual or intended.

and then, often, i show someone a studio ghibli movie and I snap out of it.

if i has to guess, usually, i’m making people watch whisper of the heart. yoshifumi kondo’s sole effort as a studio ghibli director before an unexpected heart attack is one of the studio’s underseen films and is very nearly my favorite. it’s the story of, yes, a teenage girl, but she very much falls in love with the boy this time, and all the magic that happens comes from the art they make together.

kondo’s film wouldn’t make sense as part of studio ghibli without isao takahata, who passed away last night. when people complain they don’t like anime or animation in general because they’re “kid’s stuff,” they’re almost unilaterally directed toward Takahata’s Grave of the Fireflies. it’s described in hushed tones as the saddest film ever – two siblings are orphaned in an american firebombing of japan, and when their grief is too much for their aunt to bear, they are kicked out and starve to death. the death is not a spoiler, but how the film begins. that they find any joy and kindness in life is takahata’s idea of surprise.

of course, takahata did not invent grave of the fireflies: it’s based on a semi-autobiographical short story, in which the older brother seita survived, written as an apology to the dead sister. the kindness exhibited by seita in the story is the primary fiction: the author, nosoka, viewed seita as having some of the strength he lacked in real life. but takahata reiterated that he found seita interesting primarily because he was not stoic or particularly suited for survival. he saw it as relatable to the young people of the 80s, who he perceived as acting on their whims rather than behaving with the filial piety and sense of duty that would keep them alive in a dire situation. in japan, and to takahata, the moral of grave of the fireflies is not one of the horrors of war, but the reality of immaturity’s punishment. put up with the aunt who won’t respect your grief: stand straight: you have someone who needs you. the anti-war message is an invention of the american audiences who see the crime they inflicted on japan as unreal and unforgivable. japan has a long enough history with war to see famine, orphanage, and what we deem atrocity as a fact of life on earth among the indifference of mankind.

takahata does not always access this cynical view. fireflies almost seems like an irritated response to castle in the sky, in which ghibli cofounder and past subordinate hayao miyazaki depicts precocious children who get away with everything and make friends with everyone. takahata fostered well enough love for the titular Little Norse Prince Hols of their first feature together, developed in 1968 with takahata as director and miyazaki as key animator.

miyazaki maybe tempered takahata’s steel with my neighbor totoro and kiki’s delivery service, maybe made him believe in the goodness of kids. his next project was another adaptation: only yesterday, which has just recently made its american debut with a proper dub and home video release. while daisy ridley is lovely, only yesterday screams its japanese culture with exuberance in telling the story of an unmarried city girl who visits the country and reminisces about her middle school days. 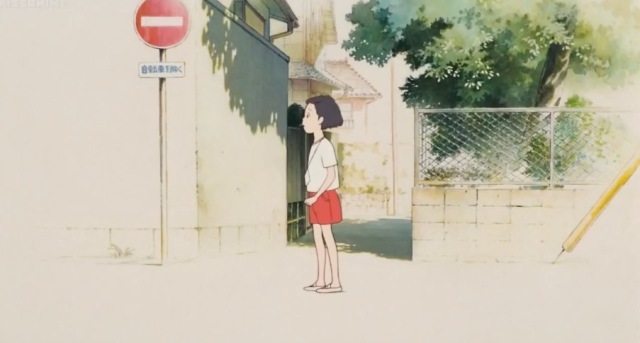 it is almost unbearable how totally takahata captures childhood. every woman i know who’s seen it remarks on how truthfully and insightfully he captures something about adolescent girlhood. he simply does not shy away from the psychology of the discomfort and exhilaration of puberty, and he clearly did actually pay attention in conversations about what the girls did when the boys weren’t around. he does this without evangelizing the children: they are still often impetuous, often cruel, often wrong, and yet the care he takes in depicting that fallibility makes the love it displays so powerful. that he made these films while miyazaki was inventing another beloved anthropomorphized animal in porco rosso only further cements the level of takahata’s commitment to telling stories he felt were true.

which is why pom poko, his one solo creation, without adaptation (though some rightfully note its structural relationship to seven samurai), being about the shapeshifting tanuuki yokai attempting to survive a deforestation is so delightful. not a lick of it rings less true than his last two films, and his commitment to psychology keeps pom poko deliberate and full of experimentation. the same is true of his last film before his own long hiatus, my neighbor the yamadas, his first film after the death of kondo that threatened to retire both takahata and miyazaki.

but both returned before takahata passed last night. in roughly 2013 (a date made complicated by international releases) the two men released elegiac swan songs in miyazaki’s the wind rises and takahata’s the tale of princess kaguya. i do not consider it overstatement to say these are the two men’s best films. kaguya evolves the ghibli art style and fuses it with the aesthetic of Heian-era japanese painting while sacrificing none of his psychological nuance. its final note is one of death as release from consciousness, maybe unbearable for those still on earth but unfelt by the deceased. it is how takahata chose to send himself off.

i cannot express how deeply the work of isao takahata has affected me. he in so many ways legitimized animation, and still he also legitimized the importance of telling women’s stories, of not letting yourself get bogged down in a genre, and of being willing to learn and admit wrong while maintaining conviction to yourself. his work is home to many of the great images i will ever see. 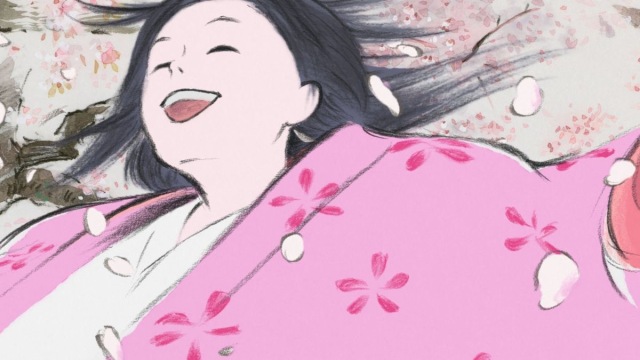 i hope he rests peacefully.